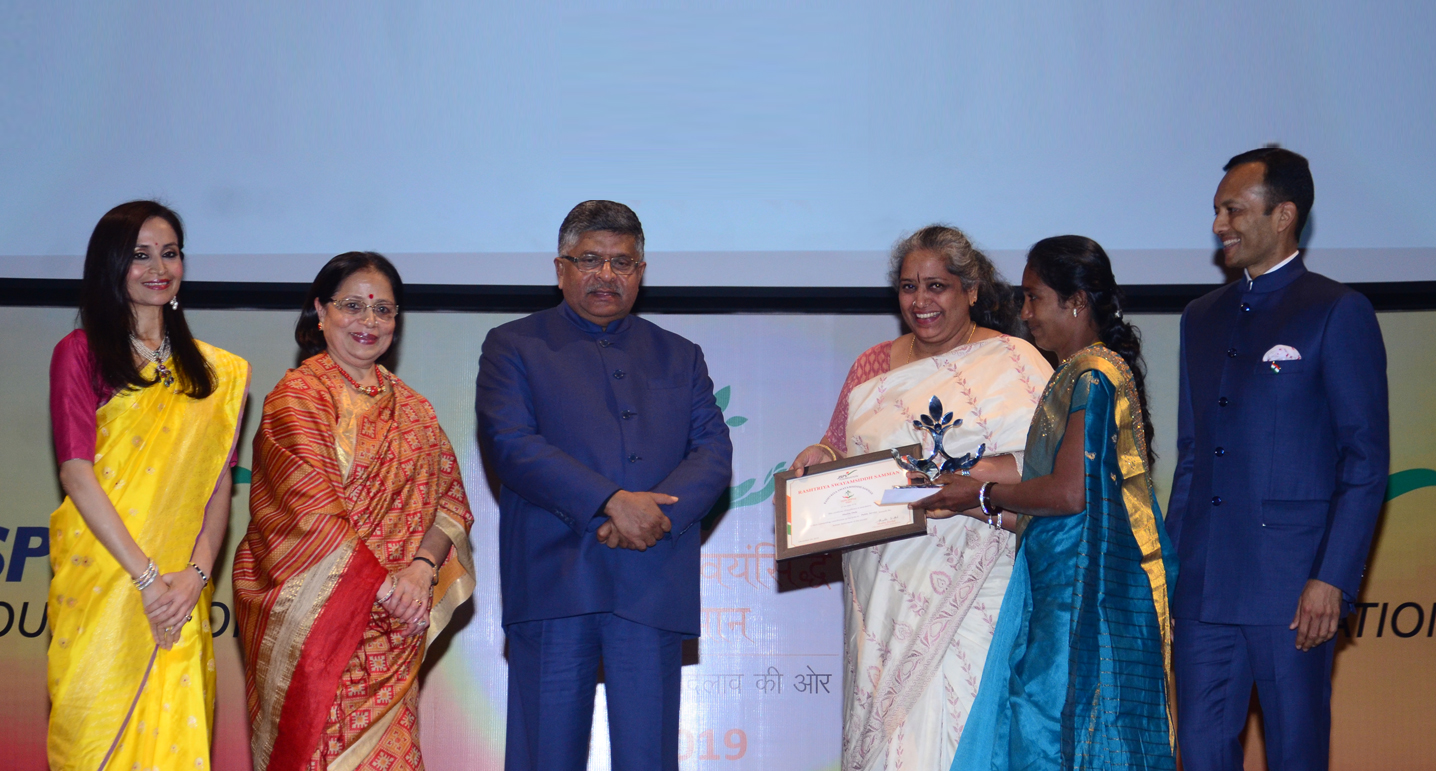 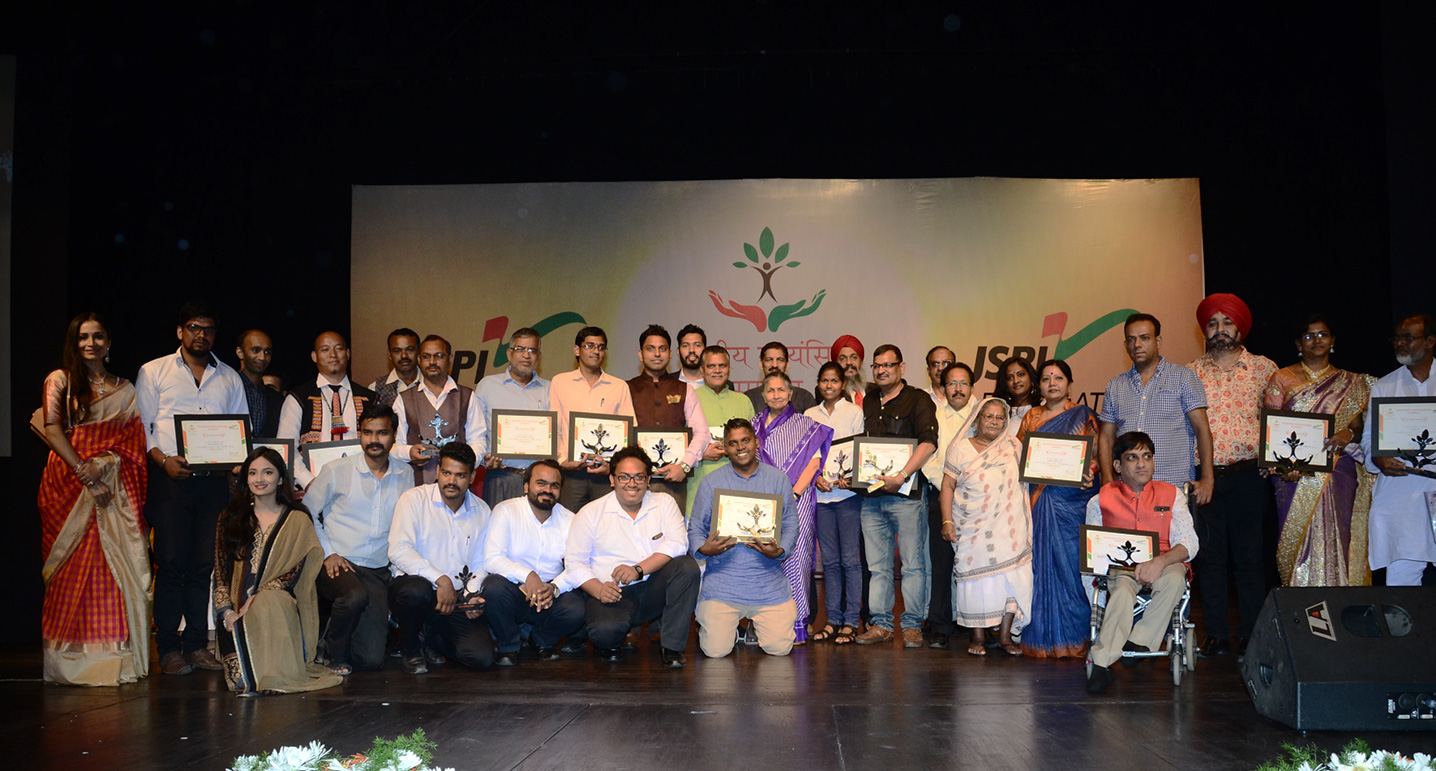 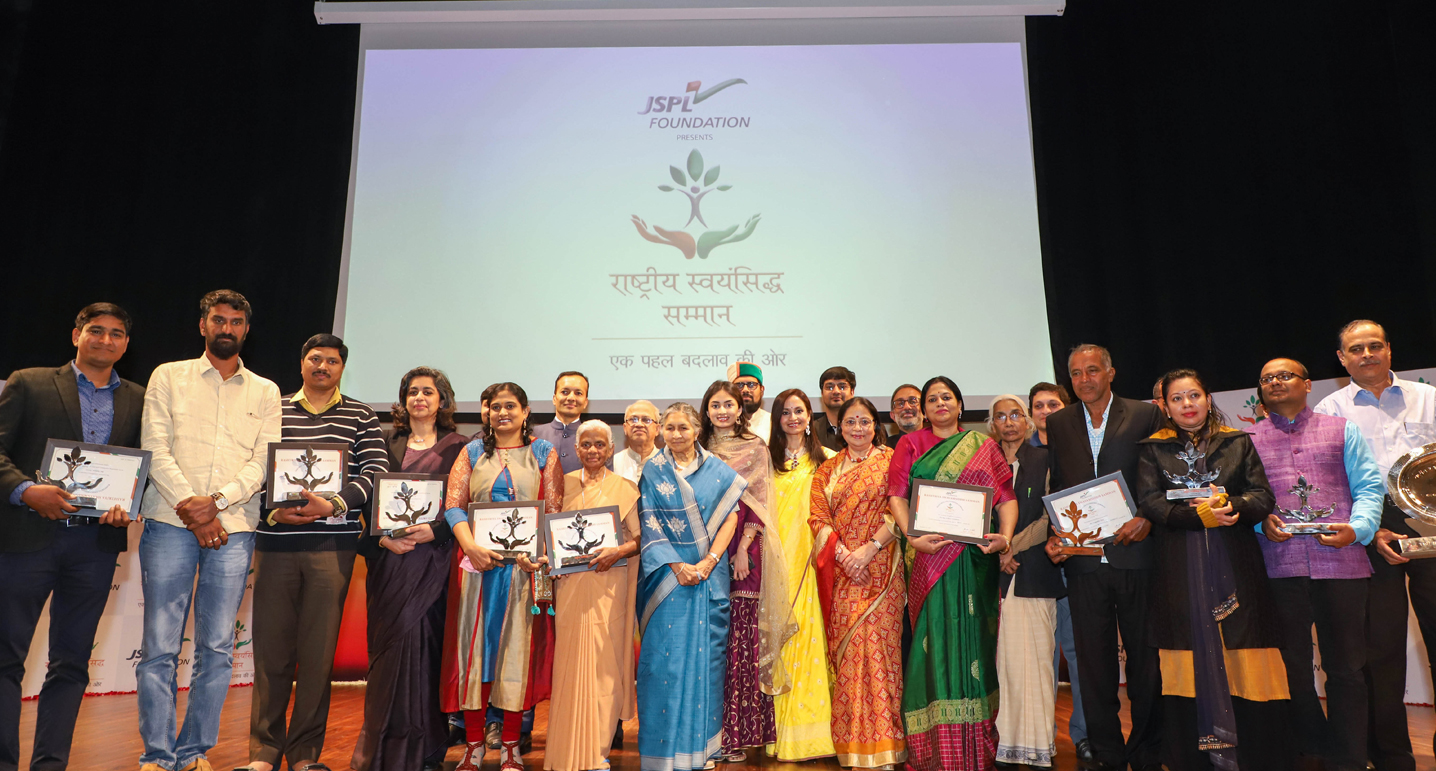 JSP Foundation, which spearheads the Corporate Social Responsibility (CSR) initiatives of Jindal Steel & Power. (JSP), launched the ‘Swayamsiddh Samman’ in 2015 to recognize, reward and nurture talent at the grassroots level.

The award was instituted to showcase untold stories of courage and determination in India, as well as felicitate the unsung heroes for their exemplary courage, commitment and confidence that have enabled them to overcome adversities and create a unique identity of their own, making them a source of inspiration for many in India. These people would become ‘Ambassadors of Change’, who will motivate and guide others to achieve their dreams.

The first-ever Swayamsiddh Samman awards were organised in the states of Chhattisgarh, Odisha and Jharkhand in March, May and July, 2015 respectively. The Awardees were beneficiaries of JSP’s societal interventions themselves, who in turn continued on the path of social good and made a difference in the lives of many, thus forming a human chain. The ‘Swayamsiddh Samman’ has so far been conferred upon more than 160 action leaders.

After receiving an overwhelming response, the concept was taken to the national level. The title of the award was changed to ‘Rashtriya Swayamsiddh Samman’, which received 358 entries from across the country. Out of them, 25 individuals and organizations from different walks of life were felicitated with the Rashtriya Swayamsiddh Samman. 9 Individuals and 10 Organisations from across sectors also received the prestigious award and a cash prize of Rs. 1 lakh along with a certificate of appreciation to support their ongoing work, was handed to them. Additionally, 6 individuals and organisations were also given a ‘Special Recognition Certificate’ and a cash prize of Rs. 50,000 in cash.

The Rashtriya Swayamsiddh Samman was presented to 17 individuals and 10 organisations for their exemplary work in the field of social development in the 3rd editions of the award in Dec'19.

The 'Swayamsiddh Samman' has so far been conferred upon more than 160 grass root action leaders, both at State and National level.